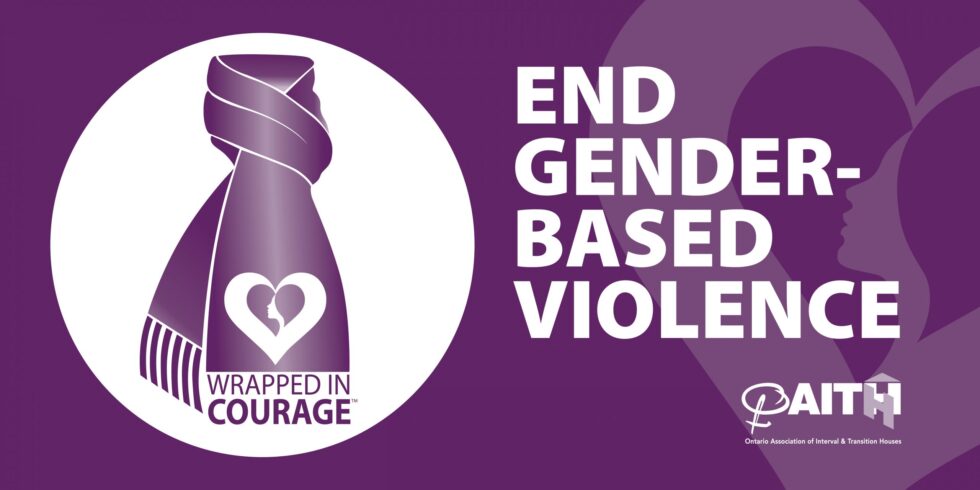 The Town of Orangeville will be raising a Wrapped in Courage flag next week in recognition of the International Day for the Elimination of Violence Against Women. The flag-raising ceremony will take place on Wednesday, November 24th at 2:00 p.m. in front of Orangeville Town Hall (87 Broadway) and will include a Town of Orangeville proclamation from Mayor Sandy Brown, as well as remarks by Family Transition Place’s Executive Director, Norah Kennedy and Sylvia Jones, MPP.

Flag-raising ceremonies like this will be held across the province this week as part of the OAITH-led Wrapped in Courage campaign. This awareness-building campaign is run throughout Woman Abuse Prevention Month (November) to mobilize communities to end violence against women.